With Roy in Australia it is important to keep the outfield up to his usual standard, so the first job this afternoon was to cut the outfield. The grass is now growing quickly and it was quite long even though the grass had been cut on Monday. Unfortunately I had a little accident with the mower on Monday which resulted in a very bent pivot shaft. Thankfully it was repairable and not only did the mower start first time, it cut well. The result was quite good. 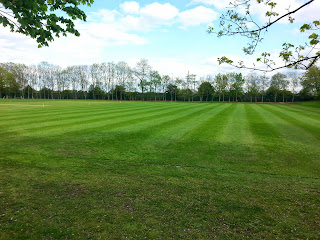 After that it was time to get onto the square. It has taken all of the rain well, but will not take much more and rain is forecast for tomorrow evening. The covers will go on tomorrow afternoon.. I just hope the rain doesn't get under them.

The pitch and square look good after a good cut. 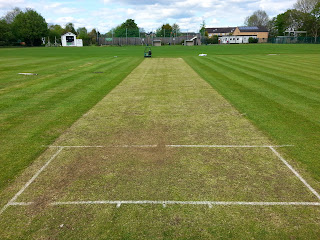 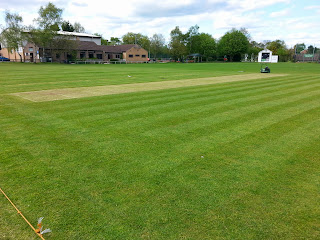 There wasn't a great deal of damage after last week's game so I didn't need to repair the block and foot holes. 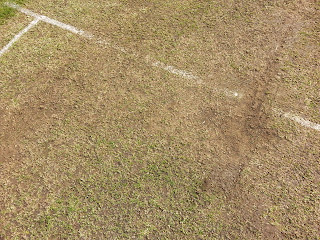 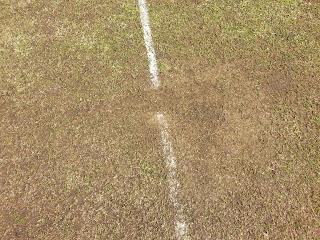 The Tuesday Group helped me out spreading another ton of topsoil, this time where damage was done after the firework display. 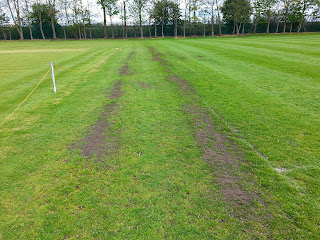 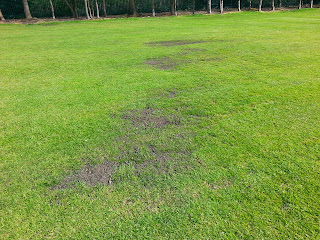 And the grass seed has started to germinate, particularly where I have had the sprinkler on for a couple of weeks. 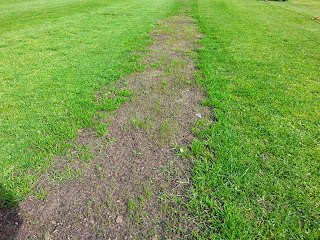 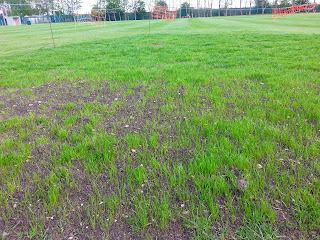 Nothing more to do until Saturday morning when the pitch will have its final cut after removing the water off the layflat covers. More how that will be done later!
Newer Post Older Post Home